A cellular broadband network for emergency agencies and other first responders needed to quickly deploy Salesforce and onboard hundreds of users to support nationwide infrastructure.

To support the business unit that powered a new first responder cellular network, a global telecom company deployed 300-400 users across seven locations to target customers nationwide. In less than a month, they needed a method to effectively make prospective customers aware of the new cellular solution and create an infrastructure to track and onboard customers and partners. This included full CRM and marketing automation capabilities to drive a complex sales and lead nurture program.

Client management had selected Salesforce Service Cloud as the platform but lacked the in-house expertise to implement and fully leverage the powerhouse platform.

“With millions of dollars at stake, we needed to deploy an integrated and flexible CRM solution immediately,” says Jamie, the client manager. “Every delay translated to lost opportunities and lost revenue. We simply didn’t have the internal expertise to meet the imposing deadlines.”

Having deployed similar Salesforce and Eloqua instances for other groups across the company as well as other Fortune 500 companies in similar verticals, Ciberspring was the natural choice for the client.

With an agile SWAT team of Salesforce and Eloqua experts, we captured requirements and created an aggressive deployment schedule to meet the client’s ultra-short timeframe.

In phase one, we implemented Salesforce Service Cloud while focusing on nationwide awareness, eligibility approval, infrastructure and asset creation, and training for the hundreds of users the client had deployed around the US. After testing in a sandbox environment, we deployed a live instance of Salesforce and a partner sign-up portal for the client—all in less than a month.

In phase two, we worked closely with the client’s procurement, IT, and marketing teams, to deploy and integrate Eloqua into their Salesforce instance. Initially, the focus was on tracking web submissions, then e-mail marketing and Salesforce tracking. We developed separate processes for state and retail customers as well as third party partners.

The rapid rollout kept the client’s sale and marketing initiative on schedule, and we ensured the client’s sizeable investment in Salesforce and Eloqua was fully leveraged. Additionally, regular tactical and strategic reports we developed allowed the team to continue to optimize the marketing and sales assets, web sites, and campaigns.

The resulting revenue is ahead of quota and expected to continue to grow as more customers and partners are targeted, nurtured, and onboarded. 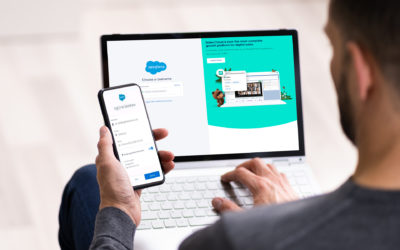 Why you should care about multi-factor authentication and your Salesforce 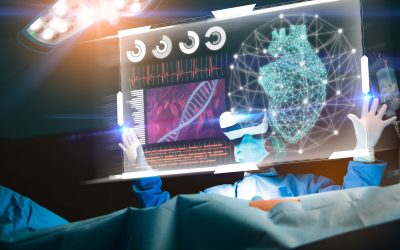